Brace yourselves, M&As are coming!

With their multilateral nature, M&As have always been complicated business projects to carry out. To become one business, two companies have to face legal, financial, strategic and managerial challenges. Recently, with the progressing digital transformation, a successful M&A has come to mean taking care of the integration of IT systems and databases.

M&As happen all the time, but the intensity of their occurrence is cyclic, as is the global economy. As data from the Institute for Mergers, Acquisitions and Alliances shows, the M&A numbers and values always grow significantly after the economy has experienced severe shocks. Knowing that, it only seems rational to expect a wave of these transactions after the coronavirus turmoil is over.

It’s very important that one is aware that there is a real risk that businesses that are vulnerable can be the object of a takeover.

More M&A’s will be happening, we can be sure.

Global economy is facing a downturn, so there will be many opportunities for strong businesses to take over weaker ones.
However, there will be risks involved.

M&A is a mug’s game, in which typically 70%–90% of acquisitions are abysmal failures.
Roger L. Martin, Harvard Business Review

The risks derive not only from uncertain economy, but also from “standard” challenges for this type of complex ventures, like the efficiency of integration, which is actually the decisive factor in achieving a successful M&A, according to Deloiite’s 2020 analysis.

The above-mentioned 70–90% failure rate statistic is not surprising. Integrating two organizations is a daunting task, and underestimating the issue of data integration and IT tools can be fatal here.

In EY’s Capital Confidence Barometer, 34% of respondents see underestimating the challenges of IT integration as the most significant obstacle in deals meeting expectations.

My experience with, and knowledge of, this subject come predominantly from the pharmaceutical and animal health industries, but it is a safe assumption that it’s applicable in any industry. The pharma sector is a world of many international markets, thousands of products, diverse pricing policies and customer segments; all of these are almost always strictly regulated, which makes things very complicated…

…and integrating them together can be even more complicated

To better visualize the scale and importance of data and IT systems integration in an M&A process, I’d like you to use your imagination (you will need a lot of it, as I can’t give company names in this case).

Picture a pair of companies and their merger. After the transaction is complete, the two become one of the largest animal-health companies in the world. As befits large international companies, both had advanced CRM systems — an absolute necessity given the high-complexity sales process in this business. On top of that, each company had a different strategy and operational model: one was very centralized with well-organized global processes, the other — very distributed with lots of country-specific customizations. The two CRMs had to be integrated into one platform.

Check the basic statistics of the project we had to carry out:

Can you imagine the complexity yet? And that is CRM area only.

A lot can go wrong

With M&A operations of this scale and complexity, anything can happen. Failing to integrate crucial IT systems and/or provide them with high-quality data can harm business continuity and efficiency:

Integration of CRMs is a classic in this game. But so are ERPs.
In 2014, Stallergenes bought Alergo Pharma Argentina and in 2015 they acquired Greer Laboratories, Inc. Back then, Stallergenes had more than 1,000 employees operating from their offices in more than 20 countries.

After formal completion of these mergers, the company needed a new ERP system to improve production, specifically by facilitating the supply and delivery processes. The new system was implemented.

What happened next? The company was forced to shut down its production plant and recall every product released since August 13. The situation was caused by technical problems which had plagued the firm since it set up a new IT system at its allergy immunotherapy manufacturing plant in Antony (France).

What had to be done next?

The most important thing was to introduce rigorous quality assurance and management tools into data integration. We had to completely redesign data management and cleansing processes to make data validation effective. Establishing two streams: one for manual data cleansing (for the most important products) and the other one for automated data validation based on defined business rules, helped fix corrupted data in an efficient way.

Last, but not least, training client’s personnel to strengthen their data analysis and validation skills empowered them to keep the solution viable in the long-term.

The production was restarted after two months.
Thanks to automated processes, data validation time was shortened on average by 70% (the duration of some processes was reduced even by 98%, from 8 days to 90 seconds). Data error rate decreased by 90% through elimination of human-error mistakes and standardized, business-rules driven automated validations. A repeatable and customizable quality assurance process was established for further application.

That was just one case. There are thousands of M&As every year, and each one of them is unique, to some extent at least. What remains unchanged is a stubborn underestimation of the importance of IT systems and, even worse, data integration.

Don’t put the cart before the horse

To avoid problems like these few examples described above, your data should be prioritized above everything else. You want your new organization to be a data-driven enterprise, so you have to treat the data as one of its most important assets.

Include data integration in your M&A budget and plan it as one of the first projects to be carried out after Day One.

"Global economy is facing a downturn, so there will be many opportunities for strong businesses to take over weaker ones. There are thousands of M&As every year, and each one of them is unique, to some extent at least. What remains unchanged is a stubborn underestimation of the importance of IT systems and, even worse, data integration. " 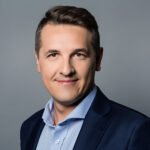 Interview with Jan Anisimowicz for ISACA available on YT

Brains and muscles. How to allocate roles in scaled agile?